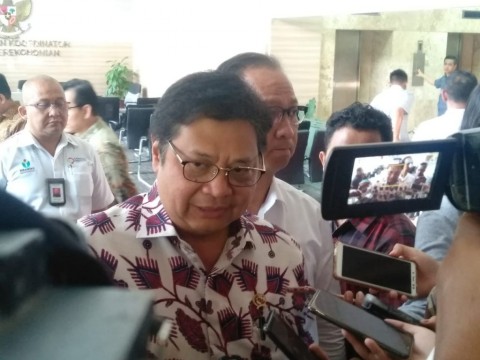 Moreover, the opportunity for the central bank to cut its benchmark interest rate is quite open because of the maintained domestic conditions.
BERITA TERKAIT

"The chance of BI to lower its policy rate is quite large going forward," Airlangga said in a statement in Jakarta on Thursday, November 21, 2019.

Airlangga said that inflation until October 2019 was maintained at the level of 3.13 percent or still below the target of 3.5 plus-minus one percent. Meanwhile, the rupiah exchange rate against the United States dollar (USD) was also maintained at around IDR14,000 per USD.

He argued that BI's benchmark rate is still quite high. For example, benchmark rates in the Philippines, Malaysia and Thailand are below five percent.

"Although domestic inflationary pressure is on a downward trend and the rupiah exchange rate to the US dollar is at a relatively stable level, BI may still view external risks as quite high," he said.

The BI Board of Governors agreed to hold the BI 7-Day Reverse Repo Rate at 5.00 percent this month. They also decided to maintain the Deposit Facility (DF) and Lending Facility (LF) rates at 4.25 percent and 5.75 percent respectively.