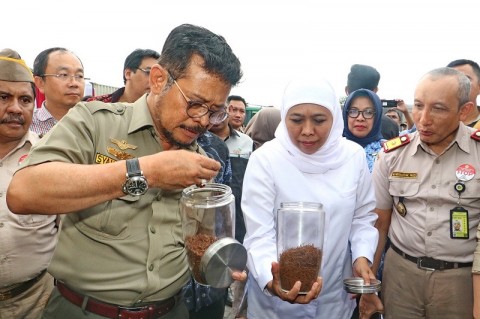 "I think it will open up hope as stated by the Minister of Agriculture. The target is for exports to be three times the current rate," Khofifah said, in Surabaya, East Java on Tuesday, December 3, 2019.
BERITA TERKAIT

"Now all that is needed is guidance related to quality control, and product continuity and quantity to be able to enter the export market," she added.

Khofifah said the economy could grow by maintaining security, stability and creating a conducive and productive economic atmosphere. He added that her office is committed to synergizing with the central government.

"This is as instructed by the President. Increasing exports to create jobs. That means that the atmosphere of economic growth in East Java must be maintained on all fronts, starting from the private sector, regulations, regents, mayors and everything else must work together," she said.