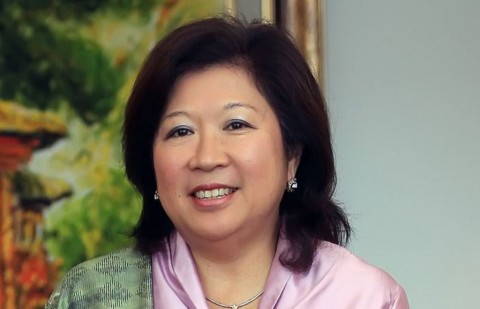 The Indonesian joins the Bank with exceptional policy and management expertise, having served as Indonesia’s Minister of Trade from 2004 to 2011 and as Minister of Tourism and Creative Economy from 2011 until October 2014.
BERITA TERKAIT

“We’re very pleased to welcome Mari to the Bank in this critical new role for the institution,” Malpass said in a press release issued on Thursday, January 9, 2020.

“Her experience as a senior Minister, her globally recognized credentials as an economist and researcher, along with her extensive leadership experience and engagement in key international forums on important development issues, will greatly benefit our urgent work at the World Bank Group in support of broad-based growth and poverty reduction.” Maplass added.

“It is a great honor to be joining the World Bank in its vital development mission," Pangestu said.

"I look forward to the opportunity to work with this strong team on the urgent challenges facing the World Bank’s members”, she continued.

She is highly regarded as an international expert on a range of global issues. She currently is Chairperson of the Board of Trustees of the International Food Policy Research Institute (IFPRI) in Washington D.C and is also active as advisor to the Global Commission on the Geopolitics of Energy Transformation of International Renewable Energy Agency (IRENA) in Abu Dhabi. Her record of board and task force service includes the Leadership Council of the UN Sustainable Development Solutions Network (SDSN), co-chair of the expert group for the High Level Panel for a Sustainable Ocean Economy, the panel of the WHO health initiative, the Equal Access Initiative, commissioner for the Low Carbon Development Initiative of Indonesia and executive board member of the International Chamber of Commerce (ICC).