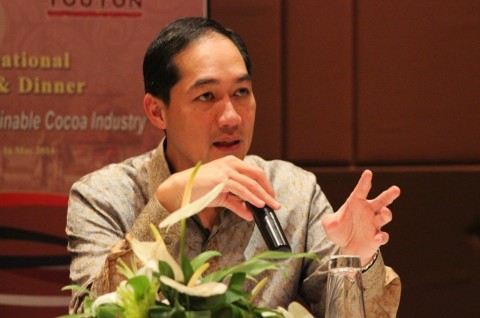 Indonesian Ambassador to the United States Muhammad Lutfi (Photo:MI/Amiruddin Abdullah Reubee)
Jakarta: Former Minister of Trade and former Chairman of the Investment Coordinating Board (BKPM) Muhammad Lutfi has been officially appointed by President Joko Widodo (Jokowi) as Indonesian Ambassador to the United States (US) on Monday.

In carrying out his duties, there are several things that become his priority programs. First, ensuring the extension of the Generalized System of Preferences (GSP) scheme. Second, starting talks regarding the proposed limited trade deal.

"I also want to ensure that US products can compete in the Indonesian market. Because our market is large and attractive," he stated.

Furthermore, Lutfi is determined to ensure that US investors are well aware of the improvement of the investment climate in Indonesia. The interest of US investors in making Indonesia an investment destination has been reflected in the steps of Kimberly-Clark Corporation. Kimberly plans to acquire Softex Indonesia with a transaction value of USD1.2 billion.

"At the end of the 70s, they were one of the first companies to invest heavily in Indonesia, "said Lutfi.

"I will ensure that the US knows that Indonesia always improves the investment climate," he said.