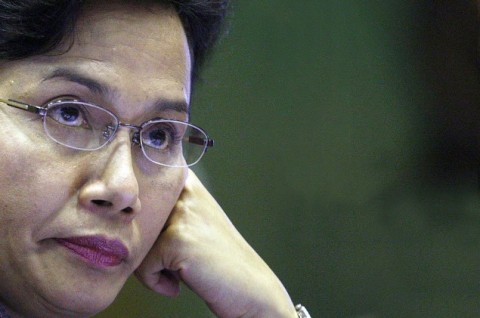 "I want this year's budget deficit be lowered from Rp868 trillion to Rp840.2 trillion," Indrawati said during a working meeting with the Budget Committee of the House of Representatives here on Thursday.
BERITA TERKAIT

The deficit reduction will come from the 2022 state revenue outlook, which is expected to be Rp420.1 trillion higher than the target, she explained.

However, she claimed that not all of the excess revenue will be allocated to close the budget gap but will be utilized for subsidies, social protection, and education spending, among others, she affirmed.

"The allocation of excess state revenue to reduce the deficit is very little, only Rp27.8 trillion. If we want to be fiscally ambitious, it can be, but it will be reduced for other (allocations)," the minister said.

Therefore, Indrawati described the plan to cut the deficit as a policy option proposed by the government along with the projected state revenue increase of Rp420.1 trillion by the end of the year.

With the lower deficit outlook for 2022, automatic budget financing from the state budget will reduce from Rp868 trillion to Rp840.2 trillion, she said.

Meanwhile, on a separate occasion, Bank Indonesia (BI) said that Indonesia's external debt (ULN) fell by US$4.2 billion from US$415.7 billion to US$411.5 billion in the first quarter of this year.

This development was caused by a drop in the position of public sector external debt, which includes the government, central banks, and the private sector, BI communication department head Erwin Haryono informed.