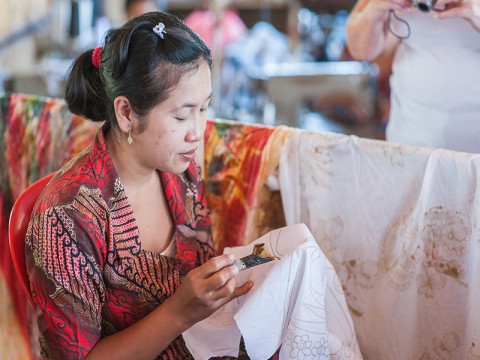 The region’s inflation has sharply increased to an average of 4.5 percent in the period of January to March 2022. (Photo: medcom.id)
Bangkok: The APEC region’s economic growth is expected to slow down to 3.2 percent in 2022, following a 5.9 percent expansion in 2021, and will improve slightly in 2023 to 3.4 percent, according to the new economic data published by the APEC Policy Support Unit.

"Economic activity in the APEC region rebounded in 2021 due to the reopening of borders and businesses," explained Dr Denis Hew, Director of the APEC Policy Support Unit, in a press release on FRiday.
BERITA TERKAIT

However, Dr Hew added, the emergence of the Omicron variant in the second half of last year forced the reimposition of restrictions and lockdowns in some economies, slowing down economic activity.

"Major manufacturing hubs in the region were affected by the movement restrictions towards the second half of last year. As a result, we are once again faced with congested shipping lanes and ports, shortages of workers and production inputs—these hurt growth and pose risks in the near future." Dr Hew stated.

The May 2022 issue of the APEC Regional Trends Analysis, which was launched in Bangkok on the eve of the APEC Ministers Responsible for Trade Meeting, highlighted global supply chain disruptions as a significant contributing factor to supply-demand imbalances that led to a broad-based increase in prices.

The biannual report noted that inflation in APEC has doubled to an average of 3 percent in 2021, compared to 1.5 percent in 2020, and is expected to remain higher longer due to worsening supply disruptions caused by the conflict in Ukraine.

The region’s inflation has sharply increased to an average of 4.5 percent in the period of January to March 2022.

The report encouraged member economies to uphold their commitments to an open, dynamic, resilient and peaceful Asia-Pacific through the implementation of the Aotearoa Plan of Action.

Accelerating human resource development by equipping people in the region with updated skills and knowledge, accelerating progress towards doubling the share of renewable energy by 2030, as well as exerting intensified efforts to ensure food security in the region are key to achieving APEC’s long-term goals.