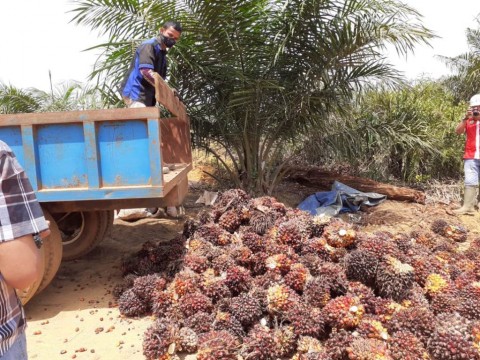 Indonesia produces bountiful quantity of crude palm oil.
Jakarta: Domestic biodiesel production will reduce diesel imports in order to save up to Rp56 trillion (almost US$4 billion) of foreign exchange in 2021, according to President Joko Widodo (Jokowi).

Indonesia produces bountiful quantity of crude palm oil that can be used to make biodiesel. According to the president, the potential for crude palm oil production in Indonesia reaches 52 million tons per year. He expected that the immense resource could be processed into other products, including biodiesel. Thus, Indonesia can lower fuel imports and help to boost energy security.

Suppliers and other industries will also be required in the process of transforming crude palm oil into biodiesel, thereby increasing the possibility to create several new jobs. The president emphasized that job creation in the downstreaming of natural resources was an important goal to offer economic benefits to the community.

“Most importantly, create several job opportunities. This is what the public has been waiting for. Build a smelter and create jobs. Creating biodiesel will create jobs," according to the president.

The production of domestic biodiesel is also expected to maintain and regulate stability in the price of crude palm oil in the global market. This is since crude palm oil products from Indonesia are not immediately exported. Indonesia has several options to optimize the contribution of crude palm oil for national economic interests.

“We have alternatives and options. Ensure the stability in demands and the demand of palm oil farmers, as well as ensure that it has an effect on the welfare of the wider community," he elaborated.

Jokowi also informed that the government had encouraged the construction of smelters for other raw commodities that are abundant in Indonesia, for instance, nickel and copper. Nickel ore can be processed in Indonesia to make products ranging from lithium batteries and other components for automotive products and electric cars.

The government has also begun the construction of the PT Freeport Indonesia copper smelter in Gresik, East Java, with a processing capacity of 1.7 million tons of concentrate per year. It also has a production capacity of 600 thousand tons of copper.

"We will continuously encourage domestic companies to process everything, from raw materials to semi-finished goods or finished goods," Jokowi noted.