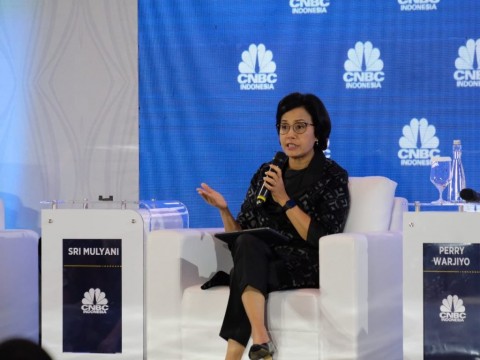 "In between the G20 Finance Minister and Central Bank meeting in Washington DC, I had a bilateral meeting with US Treasury Secretary Janet Yellen in her office," Indrawati said on her private Instagram account @smindrawati here on Thursday.
BERITA TERKAIT

The finance minister said that Indonesia will lead the G20 in 2022, so her meeting with the US treasury secretary focused on discussions surrounding important G20 topics concerning COVID-19 mitigation and global risk.

It would also require improving the capacity of the health system in every country, including its management, protocol, and regulation, as well as strengthening the role of the World Health Organization (WHO), multilateral institutions, and G20, the minister said.

She said that during the meeting, she and Yellen also discussed global historic agreements concerning taxation such as the implementation of minimum taxation as an effort to prevent tax avoidance and the race-to-the-bottom tax rate competition.

She said they also talked about a framework for sustainable finance and funding for the climate change agenda.

This discussion primarily concerned the way advanced nations are adhering to their commitment to the Paris Agreement by providing funding for developing nations to carry out the climate change agenda, she said.

Indrawati stressed that Indonesia's bilateral cooperation with the US is very beneficial in terms of trade, investment, technology, and other strategic aspects.

This aligns with the fact that the US economic recovery, as well as the nation's monetary and fiscal policy, will impact the entire world, including Indonesia, in terms of export, capital flow, and technology, she added.

"Indonesia has to continue to strengthen its economic foundation and maintain its national interest in facing a more dynamic, competitive, and complex global condition," she expounded.