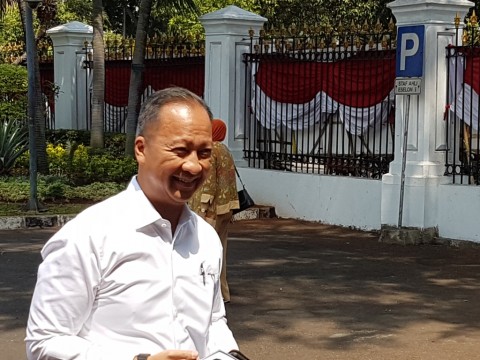 This event can also offer the necessary momentum to demonstrate globally Indonesia's capability in the manufacturing sector in the path of transformation to the industrial era 4.0," Kartasasmita noted in a statement here on Sunday.
BERITA TERKAIT


Indonesia's participation in the world's largest industrial technology exhibition held on April 12-16, will offer vast benefits, particularly for the industrial and economic sectors, according to the minister.

The expo is projected to support Indonesia in conducting national branding for its position as a new power in the global economy and a global manufacturing player.

Indonesia's participation in the annual expo, held since 72 years, is part of the implementation of industrial transformation 4.0, whose policy direction is defined in Making Indonesia 4.0.

The main objective of the Making Indonesia 4.0 initiative is to drive Indonesia to rank among the 10 largest economies in the world by 2030, with three key aspirations: 10 percent of the contribution of net exports to GDP, two folds increase in productivity against costs, and gross domestic spending on research and development (R&D).