Government Pushes for Investment Outside of Infrastructure 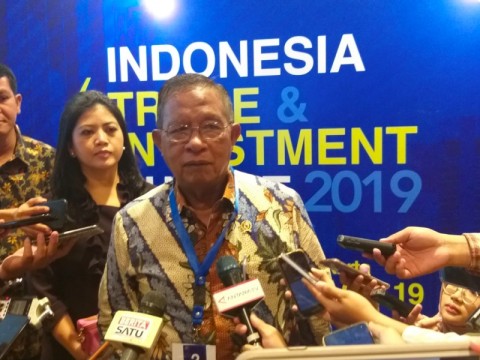 Coordinating Minister for Economy Darmin Nasution. Photo: Medcom.id/Eko Nordiansyah
Jakarta: The government will increase investment outside the infrastructure sector. Investment has been dominated by the development of infrastructure which was indeed the main focus of President Joko Widodo's (Jokowi) plan in his first period.

Coordinating Minister for Economy Darmin Nasution said that infrastructure investment has indeed increased Indonesia's ICOR. Unfortunately, the high ICOR will provide a burden, because the costs needed to increase one percent of economic growth will be more expensive.

"Because investments outside the infrastructure sector are underdeveloped. It is not sufficient to offset investment in infrastructure, which makes the composition of the Infrastructure ICOR high," he said at a seminar at the Ritz Carlton Pacific Place Hotel, SCBD, Jakarta, Tuesday, October 15, 2019.

He added that efforts to encourage investment outside infrastructure have been made. For example, by providing fiscal facilities in the form of tax holidays for several industries. The government wants to at least promote four categories of industry.

Darmin explains that efforts to encourage investment outside of infrastructure also aims to improve the performance of national exports. If it still relies on exports of raw materials, then Indonesia will be left behind from other countries that rely on exports from its manufacturing industry.

"On the other hand, we also have to prepare exports, because we cannot maintain this condition. We continue to orient ourselves because once the world's economic growth is high, we cannot take advantage of that growth and we will lack behind other countries that can benefit from it," he concluded.