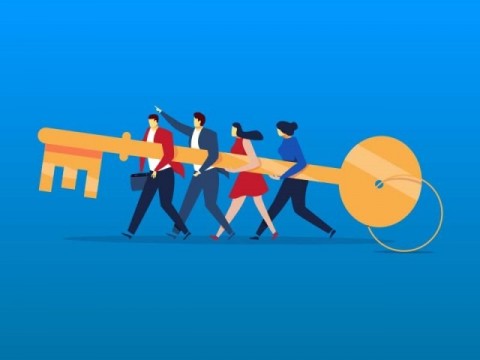 Indonesia's digital talent requirement is estimated to reach nine million in the next 15 years.

Jakarta: The era of industrial revolution 4.0 requires a young generation that is creative, adaptive, and innovative, according to the Coordinating Minister for Economic Affairs Airlangga Hartarto.

"Young people, who are creative, adaptive, and innovative, must continue to be nurtured and developed in order to become competitive in entering the era of the industrial revolution 4.0 and the digital economy," Hartarto noted in a statement received in Jakarta, Monday.
BERITA TERKAIT


Hartarto remarked that the younger generation had an important role to play in building the national economy. Most of Indonesia's population is the Generation Z in the age bracket of eight to 23 years, constituting 27.94 percent of the total population, with a high level of digital adoption and understanding of the financial sector.

Indonesia's digital talent requirement is estimated to reach nine million in the next 15 years. In addition, Indonesian workers, with digital skills, have the potential to contribute Rp4,434 trillion to Indonesia's GDP in 2030, or 16 percent of the total GDP.

"The magnitude of these values must be used for the benefit of the wider community," he emphasized.

Furthermore, Hartarto noted that in 2030, Indonesia was projected to experience a demographic bonus, with a productive workforce reaching 64 percent of the total population.

Technology-based and digitalization-based industries are expected to become the new engines of growth that require talented human resources and competitive technopreneurs. In order to derive optimal benefits from these conditions, this potential must be balanced with increased productivity and quality of education.

"The Indonesian government hopes that this opportunity would be utilized by young people to optimize creativity and innovation, as well as to be an inspiration and explore their potential to improve their knowledge and skills," Hartarto noted.