Oil Prices Pressed on with Further Gains in Asian Trade 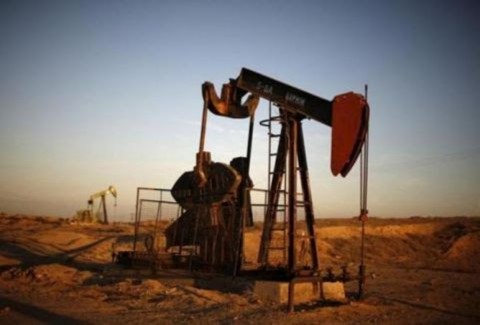 Energy firms ride coat-tails of oil prices jump (Photo: Reuters).
medcom.id, Tokyo: Oil prices pressed on with further gains in Asian trade Tuesday, fuelling a rally in energy firms, after Russia and Saudi Arabia indicated they could extend an output cut into next year.
The world's top two crude-producing nations raised the idea at the weekend, with a deal agreed between OPEC -- of which Saudi Arabia is the key player -- and Russia coming to an end in six weeks.
The news sent oil prices soaring about two percent on Monday, in turn dragging global energy firms with them.
Monday's gains come after the commodity was battered earlier this month on worries that the production cut was not enough to make a dent in a worldwide supply glut and increasing output from the US and other nations.
"The comments from Saudi Arabia and Russia are driving prices up but I'm sceptical that crude will see a new level," Hong Sung Ki, a commodities analyst at Samsung Futures, told Bloomberg News.
"As producers in the US are expected to increase output, prices will continue to be restricted from rising."
But Greg McKenna, chief market strategist at AxiTrader pointed out that traders were overlooking the fact that the need for a further cut in oil output suggested problems persisted.
"That such a large output cut extension is a tacit admission of failure is for another day and discussion," he said in a note.
Hong Kong-listed CNOOC and PetroChina rallied, while Woodside Petroleum in Sydney was up 0.8 percent.
Euro builds on gains
The gains were not enough to lift all regional markets. Hong Kong slipped 0.4 percent on profit-taking after a six-day rally, while Shanghai shed 0.9 percent following three days of gains and with dealers concerned about a government crackdown on leveraged investing.
Seoul slipped 0.2 percent. Singapore was 0.3 percent off and Taipei dipped 0.2 percent, while Wellington was slightly down.
Tokyo ended the morning marginally higher following record closes in the US and Europe while exporters were helped by a weaker yen. Sydney added 0.2 percent.
In New York the S&P 500 and Nasdaq each ended at record highs, as did London and Frankfurt, with German traders cheering a strong win for Chancellor Angela Merkel's party in a regional vote.
On currency markets the euro extended gains that came on the back of the German election result as well as dollar weakness caused by a series of below-par results out of the US, including on inflation.
Key figures around 0230 GMT
Tokyo - Nikkei 225: FLAT at 19,876.27 (break)
Hong Kong - Hang Seng: DOWN 0.4 percent at 25,273.39
Shanghai - Composite: DOWN 0.9 percent at 3,061.78
Euro/dollar: UP at USD1.0984 from USD1.0977 at 2100 GMT
Dollar/yen: DOWN at 113.70 yen from 113.75 yen
Pound/dollar: UP at USD1.2913 from USD1.2897
Oil - West Texas Intermediate: UP 19 cents at USD49.04 per barrel
Oil - Brent North Sea: UP 15 cents at USD51.97 per barrel
New York - Dow: UP 0.4 percent at 20,981.94 (close)
London - FTSE 100: UP 0.3 percent at 7,454.37 (close)