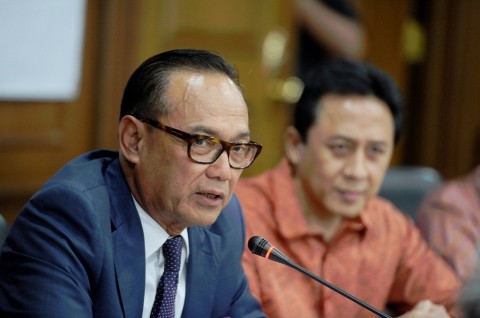 The event is one of the series of meetings on the 15th Council of Ministers Meeting (COM) Indian Ocean Rim Association (IORA) in Padang and Jakarta, October 20-23, 2015. The meeting was attended by delegations from 10 member nations of IORA, which are South Africa, Australia, Bangladesh, India, Indonesia, Iran, Malaysia, Madagascar, Oman and Thailand.
BERITA TERKAIT

During the meeting, the Indonesian COC received the role and new position as the IORBF Chairman from Australian COC until 2017. The leadership of COC in IORBF is part of the position and role of Indonesia as the Chairman of IORA in 2015-2017.

One of Indonesia's priority as the chair of IORA among others is to boost business cooperations within the marketplace. The Chairman of COC, Suryo Bambang Sulisto addressed the importance of safety in the sea trading line, fishery management, development of trade and investment, as well as tourism development in the region.

"The marketplace and businesses should be able to take greater roles in defining the direction and shaping the future of business cooperation in the Indian Ocean Rim," explained Suryo, in a written statement on Wednesday (10/21/2015) in Jakarta.

Later on, the results of the IORBF Meeting will be delivered by Indonesian COC to the high ranked officials of IORA member countries, on the 17th meeting of the Committee of Senior Officials (CSO) in Padang, on October 22, 2015.