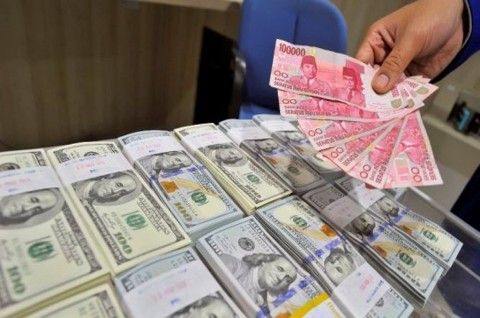 Illustration of Indonesian rupiah and US dolar. (Photo: Ant)
medcom.id, Jakarta: Deputy of Production Statistics of the Central Statistics Agency (BPS) Adi Lumaksono said the Indonesian trade balance on July 2015 had experienced a surplus of US$1.33 billion.

"Export value was at US$89.76 billion greater than the import of US$84.03 billion," explained Adi Lumaksono.